While the situation continues to make it difficult for us to go abroad freely, there might be many people who want to take on global challenges.

Those people should take a look at the SDGs business contest “Social Innovation Challenge” (SIC) by Youth Co:Lab, a program held in 28 countries and regions in the Asia-Pacific region to support youth-led social innovation and social entrepreneurship.

Co-created by the United Nations Development Programme (UNDP) and the Citi Foundation, Youth Co:Lab is a program to support youth-led social innovation and entrepreneurship for the achievement of the SDGs.

This program has benefited over 11,000 young social entrepreneurs and helped launch or improve over 1,240 youth-led social enterprises.

In addition, some of the SIC winners can participate in the Youth Co:Lab Asia-Pacific Summit, where they have the opportunity to meet other youth entrepreneurs and ecosystem players, and introduce their businesses globally.

The Youth Co:Lab Summit was held in Singapore last July, and Mr. Hiroyuki Kurimoto, the Excellence Award winner of the 2021 Youth Co:Lab SIC Japan, participated in the Summit.

We interviewed Mr. Kurimoto about the discovery and changes after winning the Excellence Award at the SIC and the lessons and sense of urgency he felt at the Singapore Summit.

Born in 1999. President and CEO of Liquitous Inc. He works as a director of general incorporated associations and NPOs related to citizens’ social/political participation. He is also a consultant for local assembly members. Based on the voices of the field and his own experiences, he was convinced of the need for a “new circuit” that connects citizens and government in a digital space and established Liquitous in February 2020. Currently, he is working in collaboration with about 20 local governments throughout Japan .

The Social Innovation Challenge was a Breakthrough for Business Acceleration

――Why did you apply for the Social Innovation Challenge?

Mr. Kurimoto :  I heard about Youth Co:Lab SIC before. I decided to apply for it when I happened to see its ad on Facebook.

2021 was the year when I was working really hard on partnerships with local governments, and August and September when I applied for the SIC, was the toughest time. I’ve been thinking about how to gain social trust, and I thought that if I won an award at the SIC, it would lead to gaining more trust from local governments.

――Has anything changed since you won the Excellence Award?

Mr. Kurimoto :  Personally, it gave me more confidence. When we applied for the SIC, we hadn't made much progress with the local government yet, and I was a little worried about whether Liquitous’ approach would really work because our approach had a lot of experimental aspects. However, by winning the Excellence Award, I have become more confident. Instead of saying “Let's do it as an experiment,” we are now able to communicate by saying “our approach would be the standard for the future, so let's do it.”

What has changed in terms of business is that I feel that we have gained more trust from the local government.  We firstly need to convince the representatives of the local government, and more importantly we need to ensure that those representatives can explain to their organization why they should choose Liquitous. Winning the Excellence Award at the business contest held by UNDP and the Citi Foundation gave us a persuasive ground. Yes, winning the Excellence Award at the SIC was exactly one of the triggers for accelerating our business.

A Sense of Urgency Felt at the The Youth Co:Lab Summit 2022 in Singapore

Mr. Kurimoto :  The Summit was held over four days. In addition to networking with young social entrepreneurs who participated as representatives from other countries, I had a meaningful time listening to the stories from  social startups  in Singapore and interacting with staff  from UNDP’s Asia-Pacific headquarters.

――What left impressions and how did you feel?

Mr. Kurimoto :  Frankly speaking, I honestly thought, “What did I get myself into.”

It made me aware of the fact that Japan is linguistically isolated from the Asia-Pacific region and so we were in a situation where we were completely blinded from each other. I think we assume that when you go abroad, people will unconditionally say “Wonderful!” to you simply by being a Japanese. However, especially in the field of social entrepreneurship, I realized that it was not the case. It made me fully realize that the Japanese entrepreneurship ecosystem was isolated from the Asia-Pacific region.

Moreover, I see from other youth social entrepreneurs that their projects were deeply rooted from their personal experiences: the issues that they faced and the solutions they developed.

In addition to their efforts to address urgent social issues, I was even more impressed by their passion for their business. They have the power to expand the business that started in their own country to the Asia-Pacific region in a short period of time, adding to the fact that they have no language barrier because English is widespread.

Right now, Japan is highly developed economically, and money is circulating to some extent, so I think we can target only the Japanese market at this point . However, when considering the situation 30 to 50 years from now, it is not certain whether the Japanese economy will have enough strength. I am not sure if we will be able to do business on the same ground with the startups from other countries.

Resonating the slogan “Think globally, act locally”, I always tried to broaden my view and pay attention to the global affairs, but I didn’t know that the Japanese market was this much isolated.

――What lessons did you bring back from the Summit?

Mr. Kurimoto :  It's simple. We realized that we need to deliver what we are doing in English in detail. I feel that this will be the strategy for not being left behind in the Asia-Pacific ecosystem.

Entrepreneurs from various countries and Mr. Kurimoto: Provided by UNDP

――Youth Co:Lab is a great opportunity to connect with the world. What is the significance of “Think globally, act locally” to you?

Mr. Kurimoto :  I think that seeing the world itself leads to business opportunities and broadening of perspectives. In the context of our company, for better or worse, not many companies are doing GovTech* in the world. In particular, there are still few cases of successful solutions related to citizen participation. When I look at our business on a global scale, I can develop strategies better.  It is useful to know if there are any companies doing the same business  in a  country, or to look for the business chance  in a country where Youth Co:Lab programme exists, etc. I think it will lead to medium- to long-term opportunities as well.

(*GovTech stands for Government Technology. It is an approach to digitizing administrative works.)

――Lastly, could you give us a message to encourage those who will apply for the Social Innovation Challenge?

Mr. Kurimoto :  I think the good thing about the SIC is that they accept a wide range of applicants regardless of their business series or stage. Also, it is nice that high school students can participate. I myself have been involved in various activities since I was in high school, and even if I wanted to apply for something at that time, there were restrictions such as the need to have a corporate registration. I think it is great that anyone with ideas and beliefs can apply.

The strong support is also attractive. The award was just the entrance, and after that, there were mentoring sessions with the judges. In fact, thanks to one of the SIC judges’ support and reference, we have a domestic project that is likely to take its shape after this summer. There is also a training program called Springboard programme for award winners from each country.

I believe that youth with ideas can use the opportunity to take part in the SIC as a way to develop to a higher level.

During the interview, I really felt the strength of Mr. Kurimoto. While he calmly faces the reality and thinks through strategies and tactics, he also has a big vision with a strong passion,

The importance of delivering messages in English is also a big take away from his story.  I can't wait to see what Liquitous has up its sleeve. 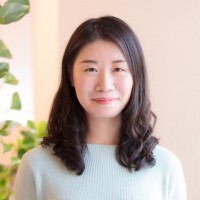