(Here is the Japanese Version)

On 13 September, 2017, Paris was selected as a host city of the Olympic and Paralympic Games, which will be four years after Tokyo 2020. How does Paris see the Olympics as an opportunity for transformation of the society? We had an interview with the leaders of ESS 2024 platform (Elisa Yavchitz of LES CANAUX and Yoan Noguier of YUNUS SPORTS HUB), which plays the role of a catalyst between the Paris Olympic Organizing Committee and social economic actors.

The Olympics will be a trigger to expand the social economy

- Could you tell us background and roles of LES CANAUX and YUNUS SPORTS HUB?

LES CANAUX is a private organization founded by the City of Paris in 2017, which supports social businesses, small and medium businesses (SMEs), circular economies and other sectors whose primary purpose is to have a positive social and environmental impact, in Paris and in France.

The Paris Olympics in 2024 brings many economic opportunities that represents development potential for all social economy actors.

The role of the ESS 2024 platform is to help social economy actors to take advantages of these economic opportunities by becoming suppliers of the Games. This will be taken over after the Games as a new era of Olympic Legacy.

- To use the Olympics as an opportunity to create new economy. Where does that idea come from?

Peace Nobel Laureate addressed the 129th Session of the International Olympic Committee in Rio de Janeiro in 2016 about the power of sport and its ability to translate into concrete social outcome thanks to the tool of social business. The Paris Olympics have well received the message and have set a vision of organizing "the most sustainable and inclusive Olympics in history".  While inclusive and sustainable events have become a global trend, France intends to lead this trend ahead of the world.

An ambitious goal: 25% of 7 billion euros of the total sourcing value in the Paris Olympic Games for the SMEs and social economy actors

- What do you do to deliver the “Inclusive and Sustainable Games” vision?

One of the main commitment to this vision was to set up and approve, with all the Paris 2024 stakeholders (including organizers, politics and civil society) the ambitious goal of “25% of the sourcing value of the Olympics (which is estimated at 7 billion euros), will be social enterprises and local SMEs.

The “25% policy” was declared in 2018 by the Paris 2024 Organizing Committee in the form of social charter, which has become a major driving force behind the vision of the Inclusive and Sustainable Games.

- What exactly is the “Olympic sourcing”?

There are things in various fields ranging from buildings such as sports facilities, uniforms, equipment, foods, and human resources responsible for operations of the Games.

One of our roles is to help social entrepreneurs and local SMEs that can really generate impact win an open bid for the Olympic sourcing.

In some cases, they do not meet the requirements to participate in the bidding. Therefore, we:

A mutually beneficial coordination between social economy actors and corporates, as a driving force of development of the new economy

- Could you give us an example of such a consortium you intend to form?

In France, there are many social businesses supplying catering services and have a social focus such as refugee or long-term unemployed people economic integration. Also, there are a lot of chefs from all over the world in local restaurants in Paris, which will help athletes and the  stakeholders enjoy food and food culture particular to this country.

On the other hand, to participate to an Olympic tender, first it is necessary to meet requirements such as complex food safety management, and more generally experience in mega sport events. In France there are only a handful of companies, such as Sodexo, that meets the requirements.

But it does not mean the social business catering companies cannot participate. The question here is how do we help them to meet the bid requirements. And if they do not manage to do it alone, how can they do it by partnering with other social businesses.

Also, how can they become subcontractors of big companies such as Sodexo, with mega event experiences, so they can work with these big companies during the Games, and even long after the Games to leverage even more their impact. In this way, there is a possibility of “wedding” in all the sourcing areas.

- In Japan, for many social businesses, it seems that the Olympics are not taken as such an opportunity.

That is why we believe it is important to provide information and education. When we see many owners of social businesses and local SMEs saying “Olympic procurement contract is too complex” “It is not realistic to have a partnership with large companies”. However, once you can reach the first contract, there will be a great learning from it, and there should be a potential partnership to continue after the Games.

- What kind of incentives do large companies have?

While sustainability investment is rapidly growing, corporates are always looking for innovative ideas and talents. There are an increasing number of talented young people who choose new jobs such as startups and social entrepreneurs instead of large companies. This is a powerful global trend.

How can we build a win-win partnership that will continue after the Olympics? With this point of view, we coordinate the two parties. The point is to understand the strength of social economic actors who are often in a relatively weaker position, then match them with suitable corporates in a flat relationship for mutual long-term benefit.

This is the kind of initiatives the teams of Prof Yunus have been implementing for years by helping big corporate create social business ventures focusing on their core competencies.

- I was impressed by the fact that you are using the Olympics in a very strategic way to change the society.

Paris started preparation seven years before the Games to create the Olympic Legacy of this new era. Of course there is strong leadership of the city of Paris and the Olympic Organizing Committee, but their primary role is to operate the Games in a stable manner. The Action and Legacy initiatives is also the role of the private sector.

- The Olympics will be held in Tokyo in 2020 prior to Paris. Could you give us your comments and expectations for social change leaders in Tokyo?

Tokyo has less than a year left. Why don’t you communicate what you can be most proud of as the Olympic Legacy? For example, as discussed, to showcase Japan's reconstruction from the devastating earthquake in 2011 to the world is one of the main themes of the Tokyo 2020. If you can share good actions and clear messages around the theme, international media and the Organizing Committee will cite it.

Also, we would love to learn from Tokyo. For instance, in France, the issue of marine plastic waste is a topic of great interest in recent years. Even in Japan, the decrease in fish catch due to sea pollution is a problem, isn't it? How are Japanese entrepreneurs and companies working on this issue? We look forward to  exchanging views on each other's legacy efforts.

Olympics should be leveraged in a strategic way for a better world. Development of its legacies should be led by the private sector. Through this interview, I received such a strong message. Toward 2020, what we should communicate with the world as a new era of Olympic Legacy? 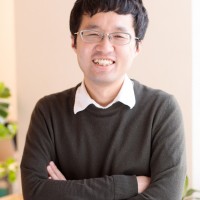 Project and Partnership Development at NPO ETIC. (Entrepreneurial Training for Innovative Communities) with a mission to train and develop entrepreneurial leaders in Japan who take actions for a better world.